In Michigan They Ticket Cars Warming-up In Driveways

In Michigan They Ticket Cars Warming-Up in Driveways

I get where both sides are coming from here. The guy, Nick Taylor, starts his car and leaves it running in the driveway to warm it up. Because it’s freaking cold out. Especially in Michigan. Then he runs inside to wait a few minutes.

Shortly after a cop notices it running and puts a ticket on the car, then disappears. To be honest, it sounds really sleezy behavior on the part of the cop. Who does that? If he had a problem with it, why not knock on the guys door and advise him of the ordinance?

Instead he quietly runs up to the guys house, quickly puts a ticket on his car and then runs off.

Sounds weird, doesn’t it? Like maybe something else was going on there. Maybe the guy has a beef with his neighbors and they called to complain. Maybe the cop hates the guy. Who knows?

The thing that this guy should not have done is go on Facebook and publicly call the cop names.

That’s childish and immature. All it did was make him look bad. He also gave this ridiculous police chief an opportunity to deflect the argument back to him instead of focusing on his officer’s awful behavior.

So Instead of addressing the issue of what this shady cop actually did, the chief takes the low road and points at Nick Taylor’s Facebook comments and then tells him to “drop dead”. Wow…

Real classy Police Chief James Berlin. You citizens of Roseville, Michigan are lucky to have you. Classy indeed.

His comments on Facebook shouldn’t have anything to do with this. The cop should have done the professional thing, like any other cop would have done in this situation, and knock on his door. Give the guy a chance to turn his car off with a warning instead of a $128 ticket.

If he did it again, then by all means ticket him, tow him, whatever. It’s in his driveway, not the street.

That’s the problem here. Whatever happened to private property? What was the cop doing on his property in the first place. That should be another issue brought up.

A warning would have been the right thing to do. Judging from how the Roseville Police Chief acts in public though, my guess is all his officers take their cues from their peach of a boss.

So yeah, thanks to your police department, Roseville, Michigan has a new claim to fame.

I think you may have bigger problems in Roseville than cars warming in driveways. Like out of control police.

Here’s a clue Chief Berlin. Just because a law is on the books doesn’t mean it must be enforced. Some laws, and clearly some police departments, need to be updated or possibly even replaced…

I’m glad I don’t live there…

ROSEVILLE, Mich. – A Michigan man took to Facebook to insult an officer who gave him a ticket for warming up his car in his own driveway.

“Every person warms up their car,” Nick Taylor said. “We live in Michigan!”

Roseville police phones have been lighting up with calls from people who are furious that Taylor was given a ticket for warming up his car.

“I was furious when I saw it,” Taylor said.

Taylor said he started his car Tuesday morning to warm it up and went inside for 5 minutes. When he went back outside, he had received a ticket that said “motor vehicle unattended.”

“Vehicle parked in drive with keys in ignition, motor running — no one around,” the Roseville officer wrote on the ticket.

The officer didn’t knock on the door to inform Taylor of the problem.

“That would have been respectful,” Taylor said. “I had no clue that this was a law, an ordinance.”

Berlin said he’s not tearing up the ticket. He’s angry about the name calling.

“You see the disparaging comments he made about my officer?” Berlin said. “Drop dead.” 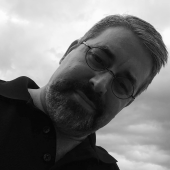